Hi all! We are an international (USA, Sweden, Belarus) indie team! We are working on a cool real-time MMORPG featuring arcade-style dragon fights in a sci-fi/fantasy setting. A game where you control real dragons and fight against other players. The main goal of the player is to win epic, breakneck battles. The browser version of the game presented in social networks collected over 500 000 installs.

Browser limitations make it impossible to implement our ideas in their entirety, which is why we started to develop a client-side version of the game. We are currently working on a new version for early access Steam and have already obtained the community's approval.

It has lots of beautiful dragons!

Several players can take part in a fight and choose dragons that they feel are best suited for a particular game mode. You will be riding beautiful dragons with a number of individual skills (enemy blinding, freezing, poisoning, etc.) and will have to learn to use these skills to win. 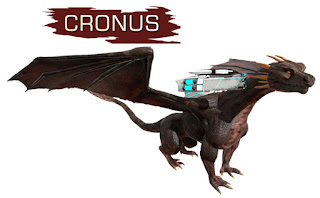 Cronus. Creature of the Atlan race. Belongs to the middleweight class of dragons. Good at both attacking and defending. Mainly used as a support dragon. 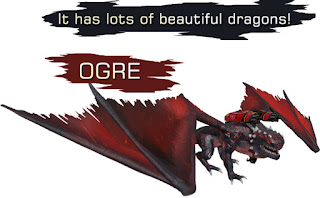 Ogre. Creature of the Atlan race. Belongs to the heavyweight class. Has incredible firepower and armor but slow speed.

During a battle, you are not limited to use the natural firepower of your dragons only, but can also equip them with combat turrets allowing you to fire rockets, plasma balls, explosive shells, mines and use an energy shield for blocking enemy attacks.

A long time has passed since the Atlans first established contact with the Neils – a race inhabiting the eastern hemisphere of Achros. The two worlds quickly established trade and economic links, which gave a boost to the prosperity and rapid technological progress of both the Atlans and Neils. Thanks to research by scientists of both races, an incredibly powerful source of energy was discovered, called NEOPLASM. Deposits of this substance were found all over Achros, allowing the inhabitants to quickly begin mining it. Soon, there was no industry in which Neoplasm was not used. However, due to its widespread application, over the course of a hundred-plus years of development, many of the deposits of the substance ran dry. This led to the first conflict between the races. At that time, the Atlans’ territory became divided into four empires: the eastern Dominats, the northern Noa, the southern Gutts and the western Orjas. Each of the empires had its own economic and political links with the Neils, amongst whom supreme power belonged to the “Council of Five”. Political disputes caused by contentious questions about Eccretia mining around the territorial borders gradually turned into local conflicts between the provinces of the Neils and Atlans. The Council of Five soon decided to take military action against the Dominat Empire, which shared borders with the Neils’ land. The Neil invasion began with mass attacks along the Atlans’ eastern border. Within just a few weeks, the attackers managed to gain control of the four provinces of the Dominat Empire. Thus began the war that was called the “Time of Dragons”. As their main military forces, both sides use fighter creatures equipped with plasma turrets, which are handled by warriors called Adopiants. They are much more mobile in battle and have superb armor compared with their mechanized subunits. However, the military technology developers of the Noa empire are creating a new-generation weapon, Neocrypt – a coat for battling on land and in the air on the same level as the fighter creatures.